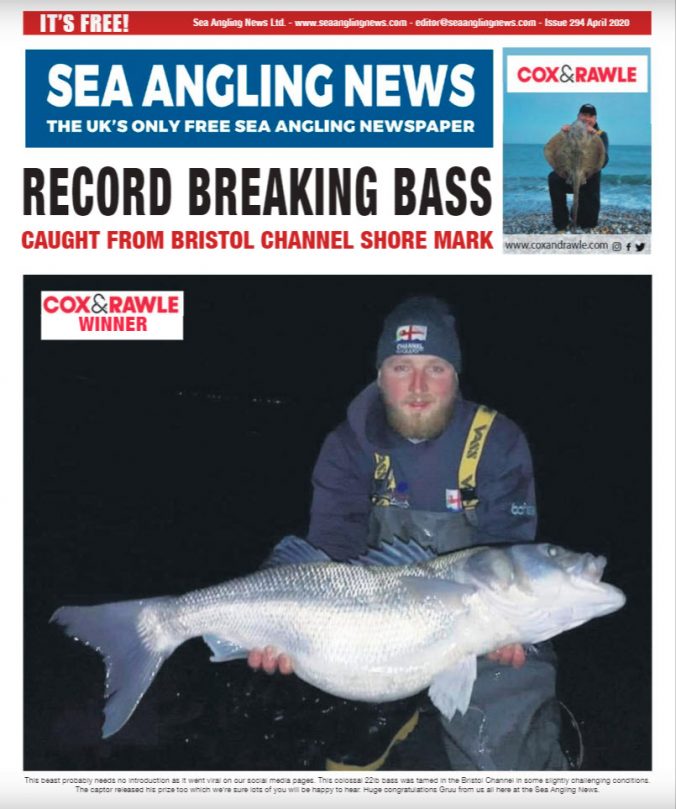 The highlight of this month’s report was Southsea Marina Angling Club’s Awards Night which we combined with Southsea Marina Disabled Angling Club. More by good luck than anything, we held it just days before the progressive shut-down of social activities which will also stop our monthly club meetings and SMDAC boat trips for a while.

Rupert Bremer, manager of Southsea Marina was our first VIP guest and presented the prizes to SMDAC winners. Club champion was John Wearn who also won Best Cod, Hambrook cup, SMAC Bream Cup and was SMAC Champion Runner-up. Runner-up to SMDAC Champion was George Dominy who should really be called George InDominitable because despite being well into his eighties George is a regular fisher. He won the Pier and Beach cup and was placed highly in the Lakes competitions. Jon Leythorne collected four prizes including Best Specimen with a spurdog of 21lb.

We then welcomed our second VIP guest, Nick Wallis who as manager of Allan’s Marine has been supporting our clubs for many years. Sadly the shop is now closed but we made sure Nick will still be associated with us by forcing him to accept a lifetime membership of SMAC (and a nice goblet) as a token of our sincere appreciation. Nick and Rupert presented a further 19 awards and as space here is limited I can only include a few. Ray Plomer is Club Champion and also won the Plaice Cop. Tim Andrews our Club Commodore won the Bass Cup plus the Pairs Cup with Mark Banks. Kris Scott won the Cod Cup and John Jones the Pollack Cup.

One of the novel attractions of the evening was a large display board made up by Bill Arnold, illustrating all the successes by club members that were featured in Sea Angling News.

“In other news”….there is almost no other news. For the fist time I can remember, the weather has been so consistently bad for an entire month that not a single fish was entered for the SMAC Fish of the Month medal. Fortunately one or two boats have managed to nip out between blows and found that fish are still there to be caught.

Dean Gibbs shows a bass of 8lb caught on a live whiting – returned because the catch limits didn’t come in until 1st March. You might think that bass looks smaller than it is but in fact it’s Dean that is dwarfing the fish, he’s 6’8”! His father Robin Gibbs shows one of many congers caught, this one was 40lb. As the sea temperatures start to rise the conger will return to their lairs and won’t be roaming the open marks in such numbers.

There were a few spurdog still around but they will probably have gone by April. Those boats that managed to get as far as the offshore wrecks had some excellent sport with some very good pollack such as this beauty from Heber Crawford.

More recently, plaice have begun to appear and the early ones will be very skinny after spawning. John Evans started the new SMAC competition year off with a plaice of 2lb 2oz.

These are very challenging times for many of us. Some charter skippers are no longer taking groups, others are carrying on as long as possible taking great care with hygiene. Those with their own boats can create a social distance of several miles which is probably as low-risk as you can get at the moment! Starting your boat after lockdown